Looking into the 2020 NBA Draft 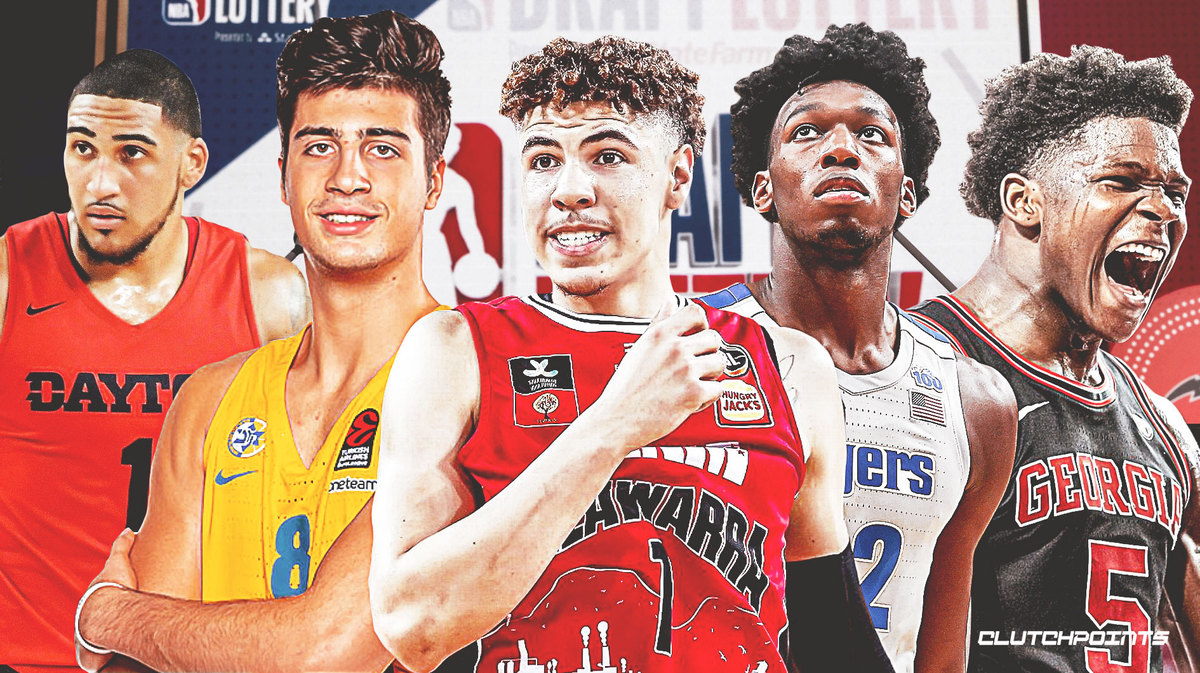 With the 2020 NBA draft nearing on November 18th, teams are hoping to draft their next franchise player or the last puzzle piece to complete their team. The biggest names in this year's draft include Anthony Edwards, LaMelo Ball, and James Wiseman, who all could end up being the number 1 overall pick. Though the 2020 NBA draft will be unique in its unusual draft situations and availability of pro-workouts, the NBA is sure to handle everything professionally. Because the top 3 overall picks are currently a toss up, we will dissect each player's attributes in accordance to their prospective team.

After losing interest in playing under Mick Cronin and the UCLA basketball team, Ball took his talents overseas, playing in Lithuania and Australia. Though his journey to the draft seems questionable, Ball has proved his place on the big stage.

LaMelo unlike many other guards in the NBA today is a true 6-foot-7 guard. With quick dribble moves and exceptional passing skills, Ball will likely have the ability to open up the court at the professional level. He has also started to fill out his frame, which has improved his dunking and rebounding abilities. Although he is a talented scorer, averaging 17 points per game in Australia’s NBL, his jump shot is concerning. Ball has an unorthodox shooting form and often flails his legs out after his shot, with his feet landing perpendicular to the hoop at times especially when he doesn’t set his feet before his shot. This issue, however, can easily be fixed with NBA level coaching. Another concern is Ball’s shot selection. Ball has a tendency to force up bad shots, especially long three point attempts, and sometimes chooses to shoot running floaters from the freethrow line instead of attacking the basket.

Ball’s defensive play is also lackluster at times, as LaMelo has shown an unwillingness to play aggressive defense. However, when he does play defensive, his length makes him an above average defender and he is comparable to none other than his older brother Lonzo Ball. LaMelo can be an above average defender, if he is willing to stay locked in every play and use his length to his advantage. LaMelo Ball has all the tools to become an NBA superstar, but whichever team decides to take Ball on draft day will need to give him an environment in which he can mature as a player and be allowed to make mistakes. Don’t let LaMelo’s negatives concern you. These are issues that some of today’s stars also had as draft prospects and with all the raw talent that Ball has, he is still arguably the best prospect in this year’s draft.

The 7-foot -1 center is like many other young centers entering the NBA draft, but his athletic abilities are what truly stand out.

The NBA already has a surplus of large lanky centers like Rudy Gobert, but they don't have a surplus of guard-like centers, ones who run the sideline, catch lobs, and are quick on defensive stops. He also has shown the ability to shoot from deep and handle the ball in the open court. Just last season, Weisman averaged just over 10 rebounds per game while putting up 19.7 points per game.

However, there still are concerns with his game. Similar to LaMelo Ball, Wiseman’s shot selection isn’t great as he often settles for jump shots, even though he does not shoot them at a high percentage. His defensive awareness is also lacking, often falling for pump fakes and trying to chase blocks. Even with his downsides, however, Wiseman is still too talented of a scorer to be passed up on.

The team currently in line to take Wiseman is the Golden State Warriors, and if he does get drafted by them, Wiseman will likely become the starting center. As a good shooter and rebounder, Wiseman should fit well in Steve Kerr's offense that generally operates off of penetrating and kicking out to shooters. Wiseman could potentially be the piece that continues the Warriors’ dynasty next season.

Anthony Edwards is a clear depiction of sheer athleticism. At 6-foot- and 230 lbs, Edwards is often compared to Dwayne Wade because of his high caliber dribbling and ability to score from nearly anywhere on the court.

Being a shifty and athletic guard makes Edwards a go-to guard. His drawbacks come mostly from his shooting percentages that have fluctuated throughout his season at Georgia, shooting 40.2% from the field and 29.4% from the three-point range. Edwards still hasn't proved his ability to shoot at a high level; however, many prospective teams are likely hoping to build him into a pass first guard or scoring guard.

With his projected team being the Charlotte Hornets, he can use his score-first abilities alongside Terry Rozier, a deadly combo. In coordination with his defensive abilities and size, Edwards has all the talent and ability to become a future All-star.