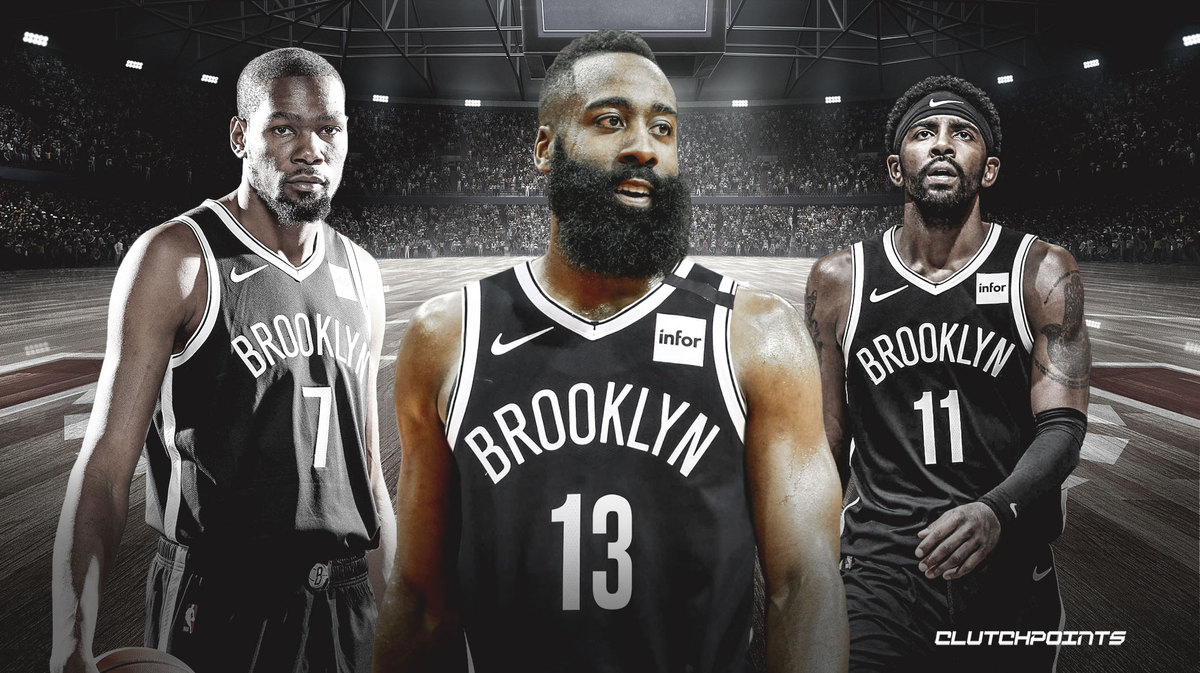 James Harden is undoubtedly one of the most prolific offensive players of our generation. Averaging over 34 points and 7 assists in each of the last two seasons, Harden has established himself as a perennial All-NBA level player. After turning down a 2 year contract worth $103 million earlier this week, he is clearly seeking a change of scenery at any cost. Currently, the 76ers and the Nets have emerged as the most likely trade destinations in the Harden sweepstakes, but no matter where he lands, the landscape of the entire NBA will be drastically shifted for the near future.

According to reports from multiple NBA analysts, Harden’s preferred destination is the Brooklyn Nets. While it sounds fun and entertaining on paper, a blockbuster trade between the Rockets and the Nets involving Harden is nearly impossible. First off, Brooklyn simply does not have enough trade capital to acquire a superstar like James Harden. Brooklyn’s best offer would be centered around Caris LeVert, Spencer Dinwiddie, and a boatload of draft picks. Even though the picks could seem appealing on the surface, the Nets with the trio of James Harden, Kevin Durant, and Kyrie Irving would easily be a top three team in the Eastern Conference each year that they are together, making any of these draft picks essentially worthless.

Another glaring issue with a Harden-Nets trade is Kyrie Irving’s questionable antics. Despite his crazy handles and incredible shot creating and finishing ability, Irving’s ego has put a cap on his legacy. After going to three straight NBA Finals (and winning one of them) with LeBron James and the Cleveland Cavaliers, Kyrie decided he could no longer be under the shadow of LeBron, leading to him being traded away to the Boston Celtics. His stint with Boston was a complete disaster, as the team showed much greater playoff success without him on the team. After two tumultuous seasons with the Celtics, Irving would end up teaming up with Kevin Durant in Brooklyn despite telling the entire Celtics franchise and its fanbase that he would re-sign with the team. A Harden trade would surely not bode well with Irving, as a lineup consisting of former MVPs in Durant and Harden would make Irving the third option on offense, a difficult task for coaches Steve Nash and Mike D’Antoni to accomplish.

On the contrary, the Philadelphia 76ers would be a much better fit for James Harden, and would make them legitimate contenders in the East. Unlike the Nets, the Sixers could create a legitimately enticing trade packaging centered around All-Star Ben Simmons. With the Rockets also looking to trade Russell Westbrook, Simmons’ raw talent could potentially be a solid focal point for their rebuild. For the Sixers, they would finally pair Joel Embiid with a dynamic perimeter threat, making the pick and roll/pick and pop game one of the best in the league. The combination of Harden’s ability to break down a defender and Embiid’s three-level scoring ability creates a one-two punch that is nearly unstoppable. If Philadelphia can acquire a solid 3-and-D player and build up their bench depth, there is no reason that they cannot compete with the best teams throughout the league.

Whether Houston lands in Brooklyn, Philly, or anywhere else, the state of the NBA will be much different than it is today. It’s not often that a player at the level of James Harden demands a trade, and when it does happen, it causes a large ripple effect throughout the league. If Harden ends up getting traded to a team in the Eastern Conference, it will almost immediately write off the Rockets as contenders in the West, opening up a spot for an emerging young team like Phoenix, Memphis, or New Orleans to take their place. The West is already loaded with talent, and having a star like Harden move over to the East helps create a slight balance in power, as 4-5 real contenders will likely emerge.

With the season starting in just 32 days, all the unknowns surrounding this historic season are making it seem like one for the ages, and with all of the noise currently being made this offseason, it’s difficult to believe it won’t be.