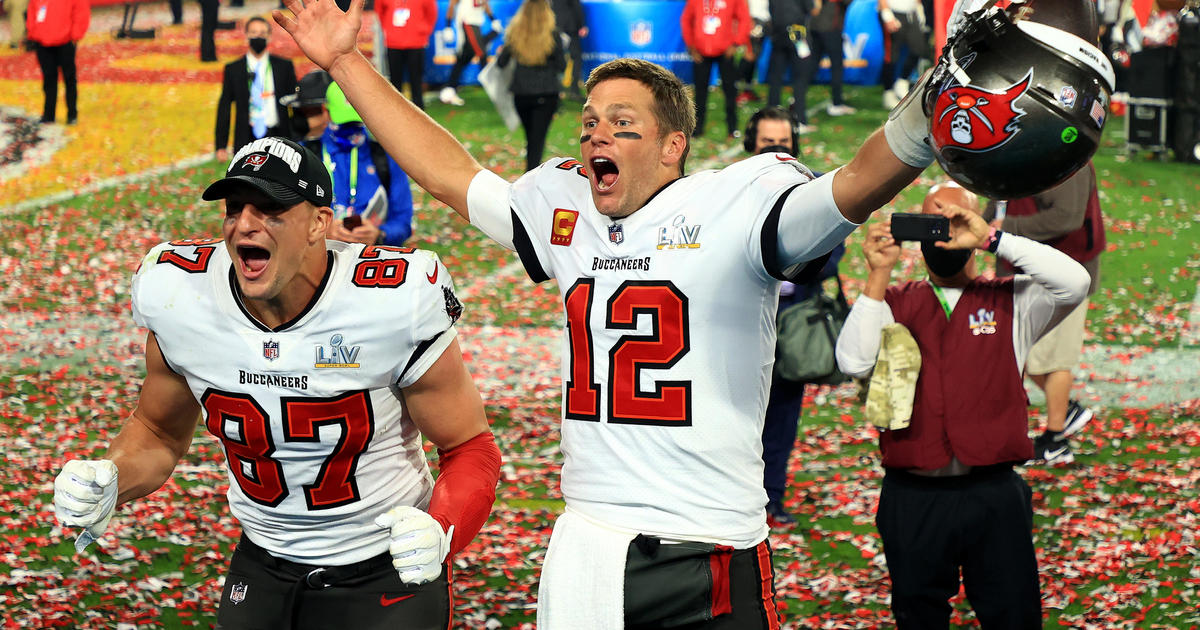 The biggest game in football was a rather dominant one for the Tampa Bay Buccaneers, ending with a score of 31-9, surprising nearly the entire nation. But should it have come as a surprise? As you could see in our preview article, many of our staff saw a shootout or blowout win for the Chiefs, but as Tom Brady has proven throughout his career, you cannot bet against him. While it is incredible Brady has more rings than any NFL team, it is important to recognize that he did not win them this game, and in this article we will look at exactly why the Kansas City Chiefs did not show up in the biggest game of the season.

1. Dominating the Line of Scrimmage

The number one key to beating the Chiefs is to apply pressure on quarterback Patrick Mahomes and stop the run game to make the Chiefs one dimensional. The easiest way to stop both effectively is to dominate the line of scrimmage on defense, which is exactly what the Bucs did. Mahomes was sacked only 3 times but was hurried 11 times and was pressured a total of 21 times. In a different perspective, 37.5% of the snaps Mahomes took were pressured, and in comparison, Brady was pressured a total of 5 times. To make matters worse for the Chiefs, Mahomes was only blitzed 6 times in comparison to the 7 Brady had to face.

While QB pressures and sacks can amount to the fault of more than specific lineman, it was clear that the Chiefs missed their two injured tackles, Eric Fisher especially. Lineman Justin Pierre-Paul was unstoppable during the game, and while he only pressured 2 times, moving past statistics, it was clear that he, along with Vita Vea and Shaq Barret, were all taking their turns getting past left tackle Mike Remmers.

The Bucs O-line also overpowered the Chiefs D-line, which inevitably ended the Super Bowl. Halfbacks Leonard Fournette and Ronald Jones ran a combined 28 times for 150 yards and 1 TD, asserting their dominance and physicality on the Chiefs defense, which seemed to give up near the end. Including wide receiver Scotty Miller’s rush, the three of them ran the same amount of times Brady threw a pass. This 50/50 split of run and pass plays kept the Chiefs defense honest and allowed Brady to connect with his receivers, like Rob Gronkowski who scored twice, off of play action. Ultimately, if you can dominate the line of scrimmage on both sides of the football and keep a dynamic offense while the opposition is stuck being one-dimensional, there is a great chance the game turns out the way we saw.

The Kansas City Chiefs have some of the best offensive players in recent memory. We have discussed countless times how great Tyreek Hill, Mecole Hardman, and Travis Kelce are, and while Kelce did have a good game especially at then end, the amount of dropped passes was disheartening to watch for any Chiefs fan. It seemed like Mahomes was pulling a magic trick every time he escaped the pocket and seemed to throw some of the most immaculate passes ever by a quarterback only to be dropped in the endzone multiple times. Mahomes had his fair share of mistakes, but when receivers are not doing their job the ball cannot be advanced down the field and in the end zone. There were 5 receiving drops that day for the Chiefs and 2 were in the endzone, hitting the helmet of the receivers. Additionally there were multiple endzone shots that only nearly missed receivers and were placed in a position for them to catch. Overall, something was off with the Chiefs receivers and they failed to convert.

If the Chiefs would have gone on to a second half comeback and narrowly fallen short, the penalties would have been the biggest headliner. The first half was much more about the Chiefs beating themselves then the Buccaneers beating them, as there were 11 penalties committed for 120 yards, 95 of which were in the first half, compared to the 39 yards the Buccaneers had on penalties. What does not appear in the statsheet are the individual penalties themselves, and it was more than obvious that a large amount of the penalties called were very questionable, and the Chiefs defense was robbed multiple stops because of the referring. Still, the Chiefs held and held often, and it was evident that the refs were not going to let them play like they seemed to have for the Buccaneers the previous game.

In conclusion, the Tampa Bay Buccaneers completely dominated the Chiefs on the line of scrimmage, where its said games are won and lost, but at the same time, it was largely the Chiefs hurting themselves through potentially game changing receiver mistakes and first half penalties. While the headlines will say it's Brady’s 7th, he did not have to do a whole lot for this victory and instead the defensive front should get the bulk of the credit for Tampa Bay’s second NFL Super Bowl in its 45 year history.