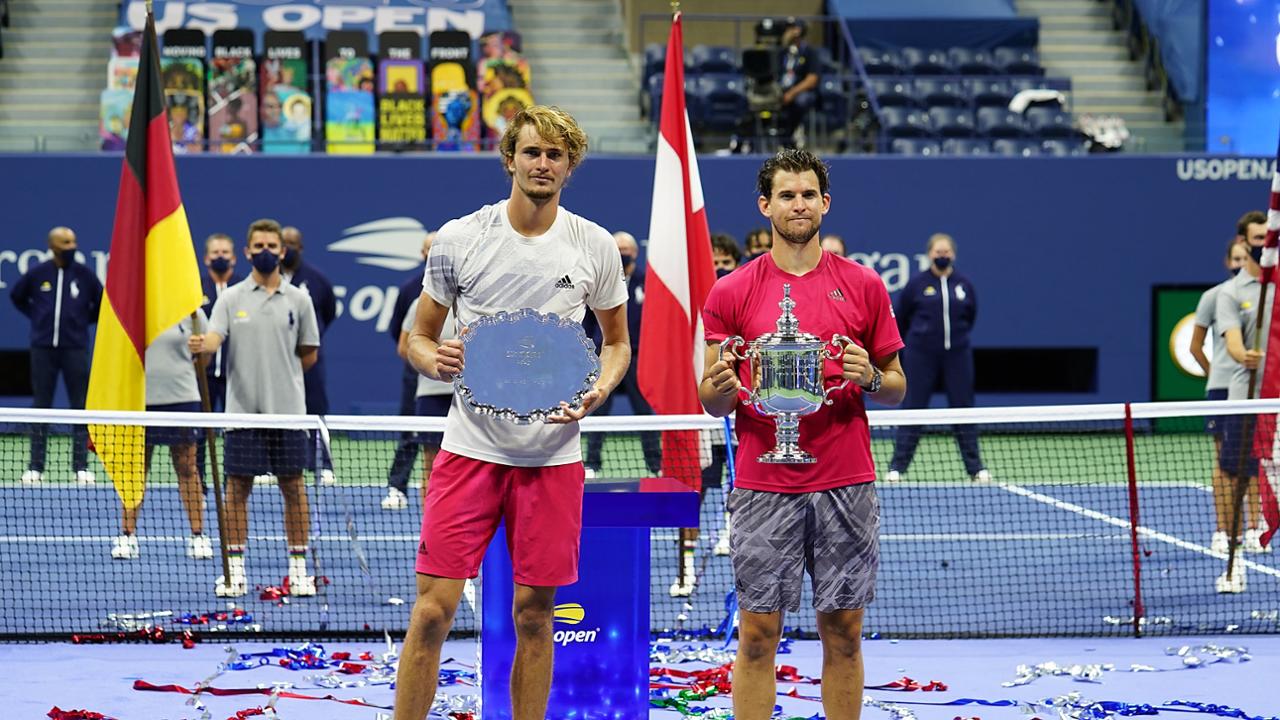 Dominic Thiem makes history as he wins the US Open Final against Alexander Zverev in a spectacular five-set thriller. Lasting four hours, the two players gave it their all. Despite Thiem being down in the first two sets, he pulled through and was victorious in the end. The final score: 2-6, 4-6, 6-4, 6-3, 7-6.

We are all living in unprecedented times. COVID-19 has spread across the world and affected many of our daily activities. The US Open was no exception to this. Normally, there are supposed to be four grand slams in a year: the Australian Open, French Open, Wimbledon, and finally the US Open, in that order; however, instead of being the last Grand Slam, the US Open was only the second Grand Slam of the year, and it was the first Grand Slam to be held during the COVID-19 pandemic. In addition, this year’s US Open allowed no fans during the matches (the only people allowed to spectate in the stadium were broadcast partners, tournament staff, and the player’s coaching teams). Lastly, but most importantly, the big three did not make a major impact during this Grand Slam. World No. 2 Rafael Nadal and world No. 4 Roger Federer both elected not to play in the US Open this year. While world No. 1 Novak Djokovic was present during the US Open, he was disqualified during the fourth round.

All these factors helped create the perfect environment for emerging “next generation” tennis players such as Dominic Thiem, Alexander Zverev, Pablo Carreno Busta, and so on to make a name for themselves in the Grand Slams.

Winning the US Open is no easy feat. The prestigious Grand Slams are considered the Holy Grail in the tennis world. For Dominic Thiem, his victory is especially important: it is one that will go down in history. Given the unique conditions during this year’s US Open paired with Thiem’s brilliant play, let’s take a look at some of the things that made his win so historic.

2. Thiem is the first men’s Grand Slam champion born in the ‘90s. He is part of the “next generation” of tennis players, at the peak age of 27 years old.

3. Thiem is the first Austrian to win the US Open. He is also the second Austrian since Thomas Muster, who won the French Open in 1995, to win a major tennis championship.

4. Thiem is the youngest men’s major champion since 2009.

5. Thiem is the first man to come back from two sets down in a US Open Finals match in the Open Era.

The duel between Zverev and Thiem kept fans on the edge of their seats throughout the entire game. Being the sixth major final since Wimbledon 2003 without the Big Three, the pressure was on for these two “next generation” players to claim the title. Each had excellent plays in the grueling four hour match, with the final score being 2-6, 4-6, 6-4, 6-3, 7-6, (8-6 tiebreaker score). Let’s look at the breakdown of each player during the entire match.

Overall, it was a close match for both Zverev and Thiem. Both players won 25 games total, and each player won 17 of those 25 to service games. The points won were neck-and-neck, with Thiem leading by only 4 points out of the total 322 points played in the game. Both players have similar 1st serve, win on 1st serve, and win on second serve percentages, with Zverev having a slight advantage on 1st serves, and Thiem having a slight advantage on the 2nd serve.

During the first two sets, Zverev was looking strong, hitting a handful of fast aces (one clocking at 136 mph). In addition, Zverev hit 16 winners, and held a high first serve win percentage; however, it was the last two sets where Thiem found his stride. In addition to Thiem being more consistent, Zverev had a lot of unforced errors and lost breakpoints which cost him.

In the end, it was the tiebreak that ended the match. Thiem started to cramp up a bit at the beginning of the tiebreak; however, he was able to continue through the tiebreaker. Towards the middle, there were two points that had long rallies, with Zverev winning one of them and Thiem taking the other. Throughout the entire tiebreak, the scores were neck-and-neck as both players had a tiny margin in between them; however, in the penultimate point, Thiem hit a gorgeous forehand winner, and in the final point, Zverev sprayed a backhand wide, securing Thiem the win.

Ultimately, this is a huge win for Dominic Thiem, being Thiem’s very first Grand Slam Title. Thiem will undoubtedly receive much praise from both his teammates and his home country of Austria when he brings back the trophy. Hopefully, we will see more of Thiem in future Grand Slams, and the many other “next generation” players.

Data Courtesy of US Open