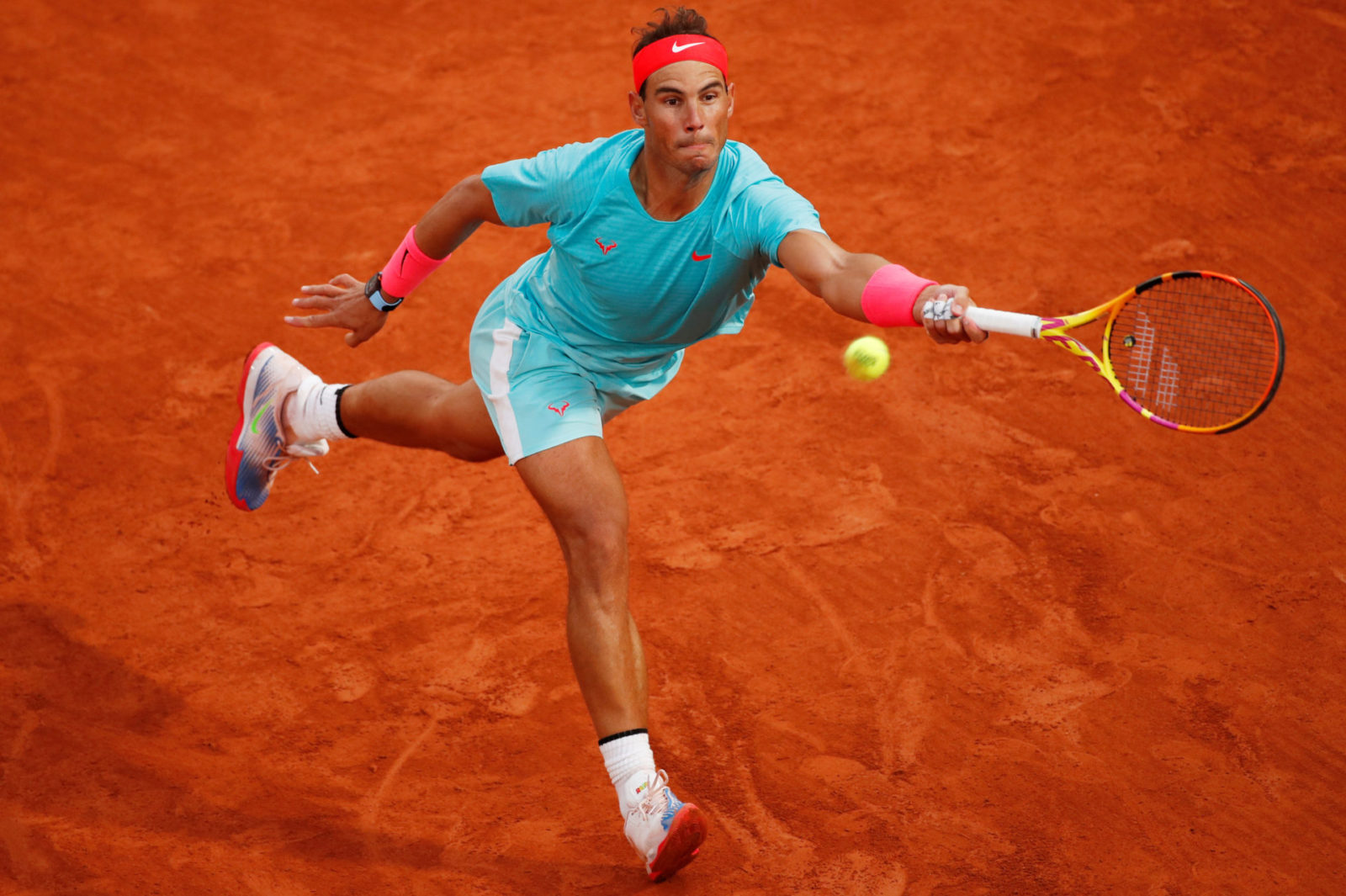 In the recent French open clash between two modern legends, Novak Djokovic and Rafael Nadal, the king of clay himself, faced off in the finals, culminating in a commanding 6-0, 6-2,7-5 sweep by Nadal, cementing his legacy as possibly the best clay tennis player in history. ‍

Rafael Nadal is considered by many to be the “King of Clay”. Having won a staggering 13 French Open Titles and 60 clay court titles, he outnumbers many of his close competitors such as Djokovic and Federer. What makes the World No. 2 so dominant on clay courts?

Unlike hard courts which are usually made of concrete and asphalt, red clay courts (the ones used in the French Open) are composed of crushed brick and shale. This makes tennis balls bounce higher and slower on clay courts relative to hard courts. The clay court favors tennis players who have a good defense.

One of Nadal’s prominent features is his lethal cross-court lasso forehands. What makes his forehand so powerful is his left-handedness and top spin. His left-handedness is advantageous because when Nadal hits his cross-court forehand, the ball will go to his right-handed opponent’s backhand. In addition, Nadal uses a full Western grip and has an upward swing, which produces heavy top spin on the ball. With the ball bouncing higher on clay, these two attributes make right-handed players struggle to hit a solid backhand against Nadal.‍

Nadal won all three sets against Djokovic, with the final score being 6-0, 6-2, 7-5. Let’s look at the breakdown of each player during the entire match.‍‍

When looking at the stats, it’s evident how Nadal dominated one of the best in the world on his favorite surface. Nadal claimed his 13th French Open title while dominating Djokovic throughout the game. From the first set, Nadal held an advantageous lead. In the first set, Nadal won more points on first serve, second serve, service breaks and returning games than Djokovic in the first set, dominating in all categories by a margin of 20 percentage points or more. In addition to this massive disparity, Nadal also had 14 unforced errors compared to Djokovic’s 52, which is only a mere 18% of the errors, a staggering contrast which definitely impacted the game greatly. Also,  in the stroke summary stat, Djokovic was a net -5 in ground strokes. This means that he hit 5 more unforced errors than winners on ground strokes, a surprising stat as Djokovic is generally positive in this area. Nadal’s unrelenting consistency on clay and his ability to stay in rallies led Djokovic to miss many shots out of frustration and ultimately lose the game. While Djokovic did do as good as Nadal in some metrics such as first serve % and winners hit (38 to 31), any spark of momentum for Djokovic was outshined by Nadal’s fantastic forehands. ‍

With this French Open victory, Nadal ties with Roger Federer for the most grand slams won by a male and also cements himself as the greatest player on clay in tennis history.

Nadal states that “I think that, if the injuries respect me, I do not see, at the moment, a reason why not to continue competing”. At the age of 34, the “King of Clay” definitely has more to come.

Data Courtesy of: US Open